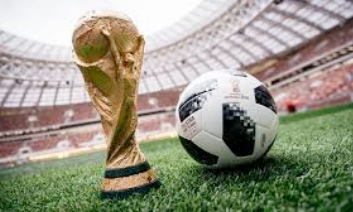 If you were among the 300 million fans who watched the World Cup, you saw some amazing soccer. You could also have gleaned a few lessons about how to succeed as an investor.

First, prepare … and then be patient. Plenty was written about Germany’s 25-year plan to recruit and train. The German players knew they were ready, so they never panicked. The same is true of investing. The markets can turn against you for an extended period. With the right preparation, you know you’ll eventually do well, so you can stick to your plan.

Second, past performance does not guarantee future results. Most of the experts picked Spain or Brazil — Brazil as home team and Spain because they had won the last three big championships. Both crashed out the same way an investor can if his strategy is to buy the latest high-flying investment idea.

Third, it’s a game of inches. Usually, taking excessive risk — instead of being patient — ends in pain. In soccer, the two sides are almost always quite even. In investing, almost everyone has similar information. Any financial adviser who claims to have a “sure thing” is usually exaggerating … or worse.

And finally, occasionally, it’s not a game of inches. Occasionally, you inexplicably win, 7-1, or the US stock market is up 36% in one year. Enjoy it (assuming you’re not Brazilian, or primarily in cash). Celebrate. But then get back to the disciplined pursuit of that extra edge.