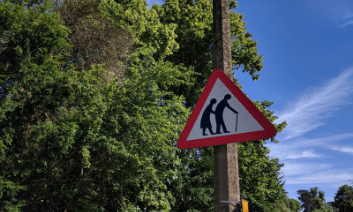 Annuities are more popular than ever.  My advice: tread carefully.  Usually, they are fee-laden products which are over-priced for the “safety” they provide and that, instead of reducing risk, just expose you to different risks.

As a reminder, annuities are contracts where you invest with an insurance company (up-front or over time), and at some stage, they pay you back with a return, often in equal installments, until you pass away.  They can grow at a guaranteed, fixed rate of interest (“fixed-rate annuities”), or they can invest in the stock market (“variable annuities”), sometimes with some downside protection.  Some people like annuities because they seem safer than the stock market.  All annuities allow investors to delay tax on gains or interest … although you often end up paying more tax.

A good friend’s parent, who passed away 20 years ago, put a lot of money into variable annuities for his spouse, and I recently analyzed the returns for the spouse.  The conclusion was depressing.  The variable annuities – issued by a big insurance company and sold by a big brokerage firm many of you probably use – under-performed the market by over 4% per year.  The amount today would be double, after all taxes, if the deceased had instead invested in an S&P 500 index fund.  Lesson 1:  don’t buy variable annuities.

Fixed-rate annuities can sometimes make sense, especially if they come from TIAA-CREF or through Vanguard, known for high quality and low fees.  Even then, people forget that, over time, inflation may destroy much of the return.  It’s easy to forget in today’s low-inflation environment.  But fixed-rate annuities make the same payment for years or decades, and history proves that inflation can make those payments worth a lot less over time.  Don’t forget that the insurance company which is paying you may also face financial problems.  Lesson 2: fixed annuities can be ok as part of your retirement plan, but not as the only element.

Annuities may seem safer than a judicious mix of low-fee stock and bond mutual funds.  Over the long-term, I disagree.