Lessons from the Harvard Endowment 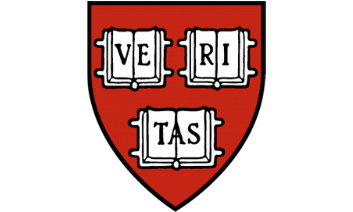 Lessons from the Harvard Endowment

Harvard's disappointing endowment performance has generated plenty of headlines recently. In their latest year (through June 30), the $36 billion endowment had a negative return and continued its poor performance compared to rivals Yale and Princeton.

Is there anything an individual investor can learn? Yes, but you have to look beyond the headlines.

The headlines blared that Harvard's endowment lost 2% this year. Analysts pointed out that an average investor could have done better in a simple 60% stock / 40% bond mix using low-cost mutual funds. The implication: those Harvard guys aren't that smart, after all. (I graduated from the business school, so I'll hold my tongue).

To find the real lesson for individual investors, look at the annual study from NACUBO, the nationwide organization of university business officers. It compares endowment results of 800+ institutions investing over $500 billion.

Over the 10 years to June 2015 (latest data), the average endowment earned 6.3% annually. That is almost identical to what an individual investor could have made in a 60/40 mix with low-cost mutual funds. After tax, the 60/40 would have done better. 800+ endowments devoted millions of hours and billions of dollars to analyzing and buying a range of exotic venture capital, hedge, private equity and other "exclusive" funds. Then, they did no better than you or I could have done in basic, low-cost mutual funds.

Yes, a few very large endowments have done better long-term, including Harvard. Yes, a couple have had extraordinary returns. And yes, the very biggest will probably continue to out-perform, because with $30-40 billion and a 100-year time horizon, they have access to investments the rest of us don't. But if you look at the averages -- not a few outliers -- you will sober up, quickly.

So the next time sometime tells you they can beat the market, ask yourself: if endowments worth $500 billion can't beat the market, how can an advisor or fund manager with a fraction of the resources?