The “Just Do Something” Fallacy 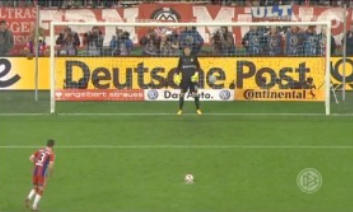 The “Just Do Something” Fallacy

When the markets suffer one of their periodic drops, many investors believe the right response is to "just do something". That "something" can be to sell and buy a "safer" investment, or to move into cash, or buy a fund that didn't drop, or ... (you get the idea).

In fact, the evidence shows clearly that sitting tight -- doing nothing -- is usually the right response. Sadly, most investors can't take the inaction. It's not in our nature. We're creatures of action.

There's a great study that illustrates this irrationality. It comes from professional soccer -- specifically, penalty kicks.

To block a penalty kick that's not down the middle, the goalkeeper must dive right or left just as the shot is taken -- not after. There's not enough time.

Here's where it gets interesting. In a study of 300 professional league penalty kicks, researchers found that shots went 1/3 of the time each to the left, middle and right. Yet keepers almost never stay in the middle. They almost always dive right or left. Worse, the keeper's chance of a save is much lower when diving. It's easier to block a shot if you're on your feet than if you are airborne.

Why do goalkeepers almost never stay in the middle? Behavioral scientists conclude that the keeper prefers action, even though he reduces his chance of success.

In the world of investing, the bias toward action is equally counter-productive. You are usually making an emotional, not rational, decision. You incur transaction fees and often create a tax bill. Worse, you are throwing your long-term plan out the window.

It might feel better to "just do something", but it's usually best to avoid the acrobatics.