How to Ace College Savings 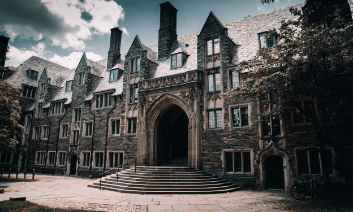 How to Ace College Savings

Saving for college is hard work. But with a few simple steps, you can really shrink the bill.

First, start early. Anything you save when your child is a newborn, if invested wisely, is likely to double or triple in 18 years.

Second, use 529 plans, especially for young children. 529 savings spent on college or grad school expenses avoid capital gains tax. If you started early, the gains should add up. With a 529, they add up tax-free.

Third, as your student approaches college, reduce risk in their investments. When she is born, you can invest the money aggressively (all stocks), because you have 18 years to outlast a market drop. But when she is in high school, the money should be mostly in cash and bonds. Many parents had their teenage kids’ accounts invested aggressively in 2007. By 2009, the accounts were down 50%, and tuition bills were due. Consider an “age-based” fund, which automatically shifts a student’s investments to be more conservative over time.

Fourth, look aggressively for financial aid. One way to maximize your award is to minimize the amount colleges expect you to pay. To over-simplify, when colleges calculate a student’s award package, they expect him to spend 20% of his assets every year. But they only count on 5% of a parent’s assets. That’s one reason a 529 plan (owned by a parent or grandparent) can make more sense than an UTMA, which is legally the student’s asset.

None of us can solve the bigger problem – the ever-rising cost of college. But with a well-designed savings plan, you can pass the biggest college test: paying for it.