Can You Take the Heat? 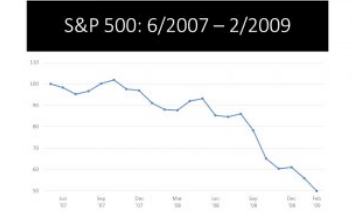 Can You Take the Heat?

The US stock market has gone up every year since 2008. Sooner or later, we'll have a losing year. Are you really, truly, sincerely ready? Do you have enough money in cash and bonds so you do not have to sell - or you won't be tempted to sell - until the market recovers?

It's easy to say "yes". But can you take the heat when you're in the middle of the fire?

But that statistic, however breath-taking, doesn't illustrate the true challenge of keeping calm. That's because the 2007-09 crash, like most, evolved over days, weeks and months ... and no one knew when we would reach the bottom. We had four separate rebounds, each one a mirage. We had a steady stream of terrible news, interspersed with only a small bit of sun. Then, starting in March 2009, when so many people had sold, the market turned around. Within 3 years, it was up 100%, wiping out all the losses of the worst crash since the Great Depression.

So what do you do? I'm not suggesting to sell, because no one can predict when the market will turn down, or how bad it may get. I'm not suggesting to buy a variable annuity or other high-fee product to "protect" your downside ... because you'll lose most of your upside when the market recovers. Rather, I'm suggesting that you prepare. Make sure you have enough of a cushion -- cash and high-quality bonds -- to cover any necessary withdrawals for at least 5 years, and preferably more. If you have enough cushion, you'll weather the storm and be right there for the inevitable recovery.