Avoiding the Next Bernie Madoff 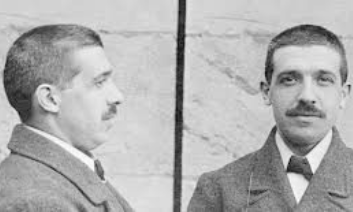 Avoiding the Next Bernie Madoff

Over a decade ago, the most significant financial fraud in history was revealed: a $65 billion Ponzi scheme orchestrated over two decades by New York financier Bernie Madoff. Just under 5,000 clients – institutions and wealthy individuals – lost between $10 and $15 billion.

Madoff’s scam was unusally large, but sadly, not that unusual

The Financial Times reported recently that, in the US, 65 Ponzi schemes were uncovered annually over the last few years in the U.S. There’s even a website dedicated to tracking them. To avoid being a victim of the next one, below are a few simple steps you should take.

But first, a reminder of what happened

In late 2008, Bernie Madoff admitted to having run the largest-ever Ponzi scheme. For 15+ years, he claimed to have a unique strategy that generated consistent and out-sized stock returns. In reality, he deposited clients’ money in a bank account and created fictional brokerage statements that portrayed regular, strong gains. Then, Madoff paid off exiting investors using fabricated profits – the money other investors were putting in. When too many investors headed for the exit simultaneously, the fraud was revealed. That’s the classic Ponzi scheme, named after Charles Ponzi (pictured above), a con artist convicted of multiple fraud indictments in the 1920s.

There were three essential elements to Madoff’s scheme

Here’s what could have saved people a lot of money — and what can save you from fraud in the future:

The security of working with Old Peak Finance is the checks and balances in our operation.

There will always be fraudsters, because there is always someone willing to believe the impossible is possible. Before you invest, ask a lot of questions, get expert opinions, and ask yourself, “does this make sense?“

Trust is the lifeblood of a financial advisor’s business. If you don’t trust a firm, you should never hire them. But trust isn’t enough. Demand that your advisor has checks and balances. Demand that they use transparent investments. And expect them to be available whenever you want to poke or prod.

As the Russian proverb goes: Trust, but verify.